Importing Used or Salvage Vehicles from the United States into Lebanon

Although Lebanon is a small country, imported used cars are big business there. This has much to do with the fact that Lebanon itself does not make its own cars and therefore must rely on imports from abroad. Although Asia and Europe take the lion’s share of both the new and used car import markets in Lebanon, the United States holds a high stake. For this reason, many might be interested in what’s involved in importing used cars from the United States into Lebanon.

First, you must know what restrictions Lebanon has placed on the import of used cars. More importantly, though, you’ll want to know the process for clearing customs, as well as what customs duties and taxes will be due once your used U.S. vehicle arrives in the country. Below, we’re going to cover all this and more, filling you in on everything you need to know about importing used cars from the United States into Lebanon.

Lebanese Restrictions on the Import of Used Vehicles Should you have any questions about import restrictions for used cars, or else wish to ask about what exemptions might exist to the rules, please contact the Embassy of Lebanon in the United States.

When it comes to getting an incredible deal on a used car in the United States, used car auctions have long been the best options. Unfortunately, used and salvage car auctions have typically only been available to those who have a dealer’s license. That’s all changed in recent years, though, thanks to online car auctions.

These online car auction sites list vehicles from certain dealer-only auction houses on their site. So, you get access to this inventory at great prices and also to the savings that had previously only been available to dealers. Best of all, you can participate in used car auctions from the comfort of your own home, the top level of convenience! To get started with an online used car auction, you first need to create an account. After this, you will need to make an initial deposit, which will establish your bidding power. With most sites, you’ll find that this deposit equals one-tenth of whatever your maximum bid can be. For example, were you to start with a $500 deposit, you would then be able to bid up to $5,000.

After you’ve created your account and made your deposit, the real fun begins. An extensive database of used car auctions taking place across the entire country will be literally at your fingertips. To help you sort through the volume, you can speak to an auction agent or broker. He or she can help you with everything from a bidding strategy to the history of cars that interest you. Additionally, this agent or broker can connect you with used car auctions that cannot be displayed publicly on online lists.

In the end, if you’re looking to get the car that’s right for you at savings that could reach 70% or more, online car auctions are the best!

Shipping a Used or Salvage U.S. Car to Lebanon

Lebanon serves a vital role in international trade, especially as a gateway for the Middle East. As such, most major U.S. ports will offer shipping services to the country. When it comes to importing your used U.S. vehicle into Lebanon, then, the only real choice that you’ll have to make is the shipping method. Naturally, you can opt for traditional container shipping, which offers the benefit of providing exceptional protection for your vehicle. However, if you’re willing to accept a small amount of risk, there is another shipping method that could work exceptionally well for you.

This method is known as RORO shipping. RORO stands for “roll-on roll-off.” Simply put, when you opt for this shipping method, your used vehicle will roll onto the ship at your chosen port of departure and then roll off once it arrives in Lebanon. Because this involves significantly less labor and overhead than container shipping, it’s also much cheaper.

As far as risk is concerned, it is important to remember that your vehicle could be exposed to the elements due to the lack of the protection of a container. Also, ship workers will be responsible for moving your vehicle. That said, the risk of damage occurring due to either of these factors is incredibly minor. In most cases, the savings offset the risk. This is especially true when shipping a used vehicle to Lebanon, which calculates import duties and taxes based upon CIF.

There are ports along the coastline of Lebanon, many of which will offer service for used U.S. vehicles arriving via the RORO shipping method. However, if you are going ship your used vehicle to Lebanon via a container, you will have two options when it comes to Lebanese container ports. The first is the Port of Tripoli, located along the country’s northern shore. The second is the Port of Beirut, located along the country’s southern shore.

Clearing Your Used Vehicle Shipped to Lebanon Through U.S. Customs

Before your used U.S. vehicle is ready to export to Lebanon, it must first clear U.S. customs. Thankfully, you’ll find that the process is incredibly simple. It merely requires that you submit your vehicle for inspection. You need to provide the vehicle’s documents to customs at your chosen port of departure at least 72 hours in advance of your ship date. (To find the location of the customs office at your departure port, contact the port’s director.)

As far as documentation is concerned, you will need to gather your vehicle’s Original Certificate of Title. Also, you will also need to furnish U.S. customs with either a certified copy of that title or two complete copies of the title. These, you can get from the DMV in the state where your used or salvage vehicle is registered.

Once U.S. customs has your vehicle and documents, they will check that the vehicle in question is the same as the one listed on the documents. Also, they will also inspect the vehicle to ensure that it is clear of illegal items. Provided everything checks out, your vehicle will then clear customs and is ready to load onto the ship. Should you have any more questions about the process for clearing customs at your chosen U.S. port of departure, please consult this guide provided by U.S. Customs and Border Security.

Getting Your Used or Salvage Car Through Lebanese Customs

When importing a used vehicle into Lebanon, you will have to present the right documentation for your vehicle. You will also need to pay import duties and taxes. You will need to present Lebanese Customs with:

Note that the bill of lading will need to include vital information about your used vehicle. It should include both the make and model along with the VIN, engine number, vehicle color, and weight. Failing to have a Bill of Lading that includes the above information could delay your customs clearance.

After inspecting both your vehicle and the above papers, you will have to pay import duties and fees, outlined below. Following that, your vehicle will clear Lebanese customs, at which point you can register the vehicle. The above should cover the vast majority of cases where a used U.S. vehicle is imported into Lebanon. However, if your case is special, you may wish to consult this complete guide to the import of used vehicles and other items that are provided by Lebanese Customs.

Import Duties and Taxes for U.S. Vehicles Imported into Lebanon

When calculating duties and taxes on imported used vehicles, Lebanon uses the CIF value of the imported vehicle. If you are not already familiar with CIF, then allow us to explain. CIF is short for “Cost, Insurance, Freight.” It represents the total value of the vehicle (as determined by customs and documentation that you submit) plus the total cost of shipping and shipping insurance. It’s for this reason that you will want to save as much money as possible when shipping.

In addition to the above customs duty, there is also a Value Added Tax (VAT) added by Lebanese customs authorities. Regardless of age, value or condition of the imported used vehicle, this VAT is equal to 10% of the sum of the vehicle’s CIF and whatever the amount paid for the import duty.

Should you have any more questions about import duties and taxes paid on used vehicles imported from the United States into Lebanon, please consult the official website for Lebanese Customs here.

How to Register an Imported Used Car in Lebanon The Traffic, Trucks, and Vehicles Management Authority handles vehicle registration in Lebanon. Much of the process you can complete through the authority’s online portal, which can be accessed here.

The Used Vehicle Market in Lebanon

With little domestic automotive manufacturing to speak of, both the new and used car markets in Lebanon rely heavily on imports. Because of this, the import market for vehicles both new and used is valued at over $1.14 billion, according to statistics compiled by the Massachusetts Institute of Technology. Of that total market, the United States has a 16% share, valued at around $183 million. While significant, the market shares owned by Europe and Asia are much higher. For example, Germany alone owns a 23% share of the market, while Japan owns a 20% share.

In recent years, the sales of new autos in Lebanon have been slower than in the past. As such, there has been a concomitant rise in the sale of used vehicles in the country. Like many other countries around the globe, the trend in Lebanon has been toward smaller and more fuel-efficient vehicles. For this reason, cars like the Toyota Yaris have been enjoying  strong sales in the country. Actually, Toyota currently owns a 26.5% share of the market overall. This brand is famous for its small, fuel-efficient and easy-to-repair vehicles.

Outside the light vehicle sector, there has been growing demand for heavier vehicles. In particular, the Toyota Land Cruiser has enjoyed remarkably strong sales of late. Last year, for example, the Land Cruiser was the fourth most popular car on the Lebanese auto market overall. When it comes to luxury automobiles, Lexus has been doing  well, with its LX model enjoying increasing sales year-over-year. 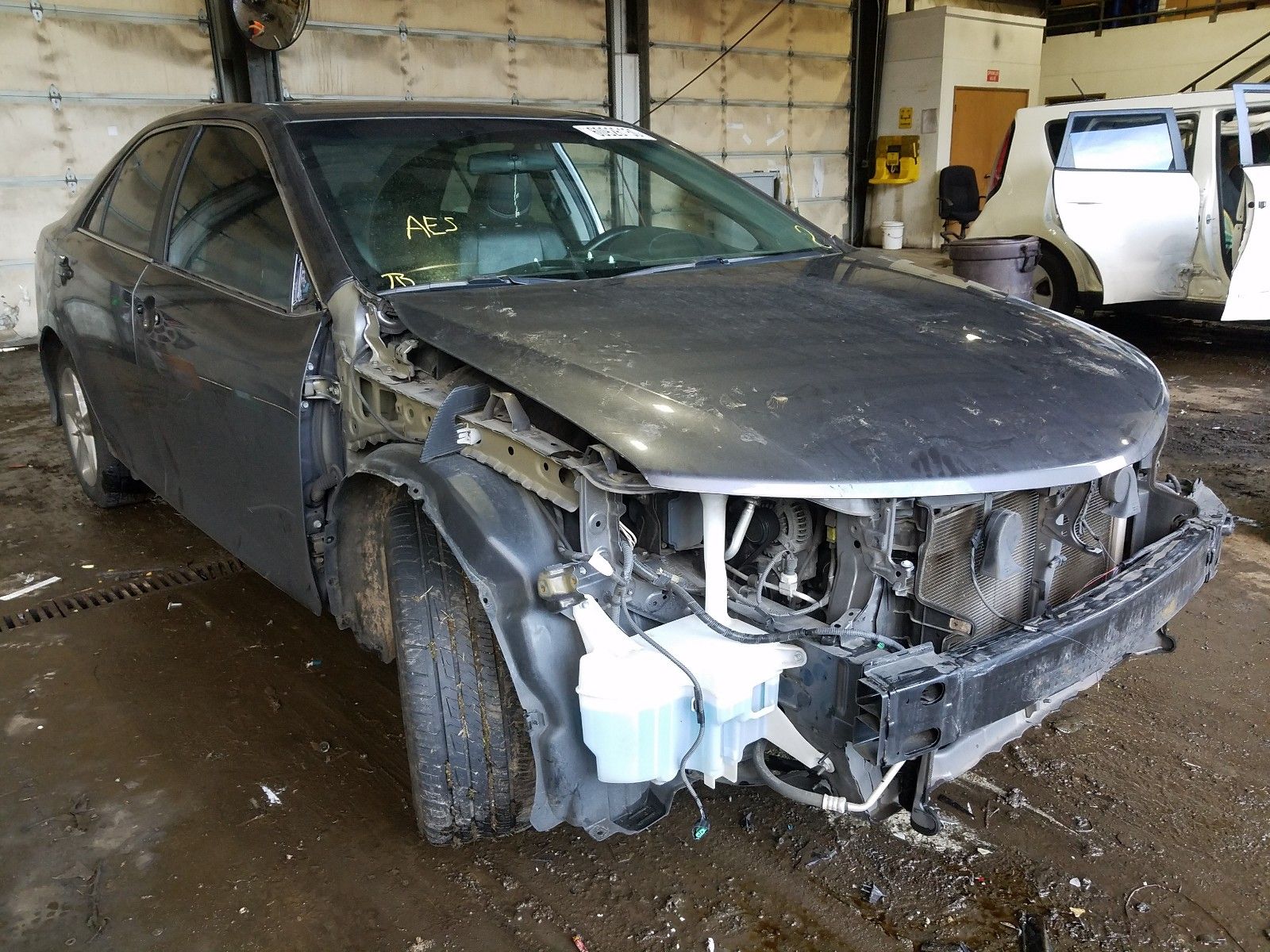