Importing Used or Salvage Vehicles from the United States into Paraguay

The South American country of Paraguay has had a somewhat volatile new and used car market in recent years. In fact, new car sales have been contracting, while used car sales have been on the rise. While this might be of interest to someone exporting vehicles from the United States, one should note that Japan and South Korea continue to dominate the new and used car markets in Paraguay.

Even so, there is opportunity for a savvy United States exporter, particularly when it comes to salvage vehicles that can be bought through online U.S. car auctions, repaired, and then exported and sold in Paraguay. Below, we’re going to review the things that you need to know if you’ll be importing used or salvage vehicles from the United States into Paraguay…

As mentioned, the importation of used and salvage U.S. vehicles into Paraguay provides an interesting business opportunity. To get one’s foot in the door, though, one must first understand how to best purchase both used and salvage vehicles in the United States.

Without a doubt, the best way to go about this process is to participate in online U.S. car auctions. In the United States, in-person used and salvage car auctions are typically only available to those with dealers’ licenses. For an aspiring exporter/importer, online used car auctions provide an interesting way around this. Because an online car auction site has its own dealer’s license, it can then open the door to ordinary consumers, giving them the chance to save as much as 70 to 80 percent on a used vehicle.

Participating in U.S. online used car auctions is a breeze, too! One needs only to set up an account with a preferred site and then make a minimum deposit to establish bidding power. In most cases, this deposit will represent 10% of a users total bidding power. So, if you were to make a $300 deposit, you would then be able to bit up to $3000 on used and salvage vehicles.

The process of bidding is incredibly straightforward and just like any other online auction you may have participated in. If you need help, though, the online car auction site will have an agent or broker assigned to you specifically. Be sure to get in touch with this agent or broker, as he or she may be able to connect you with vehicles and auctions that aren’t able to be displayed publically through their website!

Shipping and Getting Your Used or Salvage Car Through U.S. Customs

Most major ports in the United States provide shipping to Paraguay, either by traditional container or through something known as “roll-on roll-off” shipping. This latter option is the cheapest, as your car is literally loaded onto and off the ship under its own power. However, you should note that this shipping method does present the possibility of your vehicle or vehicles becoming damaged in transit. Further, RORO shipping has limited availability at most ports (though it should be widely available at any major port.)

There are ports in Paraguay to which you can ship your car. However, we’d recommend shipping to the country’s major port, Puerto de Asuncion, as it is the safest and most centrally located. For more information about Paraguayan ports, you can consult Paraguay’s Administración Nacional de Navegación y Puertos. (Note: the website is only offered in Spanish.)

The first step in getting your used or salvage vehicle imported into Paraguay, though, is to get through U.S. customs. This process is fairly straightforward.

After arranging for a ship date, you must present documentation to U.S. Customs at your departure port at least 72 hours in advance. These documents should include an Original Certificate of Title, as well as two complete copies or a certified copy. U.S. Customs will use these documents in order to verify that you are the owner of the vehicle and that the VIN or PIN numbers are a match.

Once the documentation has been verified, the car must be presented for inspection. It is vitally important that this inspection not be skipped. For one, U.S. law requires it, but also the Paraguayan government requires an inspection as a condition of allowing the vehicle to even leave the departure port. Should you have any difficulty locating the proper place for inspection, simply get in touch with the Port Director at the port you’ve selected.

If you have any further questions about getting a used or salvage vehicle through U.S. customs, please consult the following website. In addition to reviewing the above, you can also learn about the rules pertaining to non-titled cars and those with foreign titles.

Getting Your Used or Salvage Car Through Paraguayan Customs

As mentioned, Paraguay requires an inspection (with U.S. customs will perform) of the vehicle before it is shipped. This inspection will then be verified by either VERITAS or SGS.

Once the vehicle arrives at the Paraguayan port of your choosing, the following documents will need to be presented to Paraguayan customs in order for the vehicle to be cleared:

These documents will be inspected by Paraguayan customs and verified. In addition, the purchase invoice will be notarized by customs. Not that you may encounter difficulties if you’re only using a passport as your form of identification. Things may work out fine at the port, but you could encounter difficulties when registering the used US vehicle.

There is, however, an exception to this rule, but it is a very narrow one. Those who are registered as diplomats are allowed to import a vehicle of any age they’d like. In addition, they are also excused from paying an import duty on their vehicles, though not the transfer tax.

The customs authority will be responsible for determining the import duty assessed to any used vehicle arriving at port. Generally speaking, this import duty is around 10%, but will vary slightly based upon the vehicle’s engine displacement. In addition, there is a

For all autos imported into the country, there is a transfer tax applicable. This tax will vary based upon the value and condition of the vehicle. All told, though, the total cost of the import duty plus the transfer tax will be between 30% and 37% of the vehicle’s total value. In addition to these expenses, do be aware of the fee one needs to pay in order to register the vehicle within Paraguay.

As a member of Mercado Común del Sur (MERCOSUR), Paraguay does allow for a zero-percent import tariff on imported vehicles that contain 60 percent or more parts made in countries that are part of the regional agreement. This is unlike other MERCOSUR countries, which only provide a tax break for imports that meet this requirement.

Registering Your Imported Used or Salvage Vehicle in Paraguay

In Paraguay, vehicle registration is overseen by the Registro Nacional de Automotores (National Register of Motor Vehicles). However, car registrations are handled by “escribanas”, who are something like a cross between a lawyer and a notary public. These escribanas will oversee the registration (or sale) of the imported U.S. used vehicle, and will themselves collect the aforementioned transfer tax.

Once the escribana has drawn up all the necessary documents and both calculated and collected the transfer tax, you will be directed to an office where the documents and the VIN number of the vehicle will be verified. This process can be quite time-consuming given that the systems for vehicle registration are somewhat antiquated in Paraguay, so be prepared.

Provided that everything is appropriately verified, the final major step is to get a vehicle inspection known as an IVASUR. There are several offices around the country that provide this inspection, and one should be fairly easy to locate. Provided the inspection is successful, the car will be given a sticker and then a 22-day waiting period will begin before the vehicle is officially registered to the current owner.

For an outsider, the process can be somewhat confusing. So, be sure to consult a local if you’re having difficulty. Additionally, you can visit the Registro Nacional de Automotores website for more information. However, be advised that the website is offered only in Spanish.

The Used Car Market in Paraguay

As with the new car market, though, countries in Asia continue to be the chief importers of used cars into the Paraguayan market. However, the United States has a not insignificant market share of the Paraguayan car market, currently owning about 8.6 percent.

On the whole, Paraguayans don’t expect a great deal from their used automobiles. In the eyes of the average consumer, as long as the car works and can get you from point A to point B, then it’s plenty good enough. Naturally, this opens up some interesting opportunities for the US car exporter who has a knack for getting salvage vehicles roadworthy once again.

Of course, it’s important to note the pre-import inspection required by Paraguay if you’ll be going the salvage vehicle route. In order for any vehicle to be allowed entry into the country, it must pass this initial inspection. Therefore any salvage vehicle must be made roadworthy before being loaded onto a boat. Provided an exporter has a way of keeping repair costs down within the United States, there’s a tremendous opportunity.

Still, there are many first-person accounts of a Paraguayan used car market that’s somewhat treacherous. After running a used car to its breaking point, many Paraguayans will do the bare minimum in terms of repairs before putting their vehicle back on the market. Naturally, this has a detrimental effect on the final sale price that an importer can expect to get for a used vehicle.

There’s anecdotal evidence to suggest that finding a quality auto mechanic in Paraguay can be quite difficult indeed. Therefore, should repairs need to be made on a car imported into the country, the importer will need to be cautious or possess the skills his or herself to make the necessary repairs. While Paraguayan used car buyers do not necessarily expect much from the vehicles they purchase, they do expect them to run well.

An importer should also expect some headwinds from auto importers operating out of neighboring and nearby countries. For example, both Chile and Brazil own a not insignificant portion of the new and used car markets in Paraguay, with 8.8 percent and 6.2 percent market share respectively. Given that autos imported from these countries need not travel by boat, exporters operating out of these countries have some degree of leverage when it comes to shipping.

The Most Popular and Least Popular Used Cars in Paraguay

South Korea and Japan are the largest exporters of both new and used cars to Paraguay, combining for almost 60% of the market between the two. Unsurprisingly, Japanese and South Korean autos are among the most popular and sought after within the country. This isn’t necessarily a problem for someone exporting vehicles from the United States, given that makes from both of these countries are immensely popular there as well. 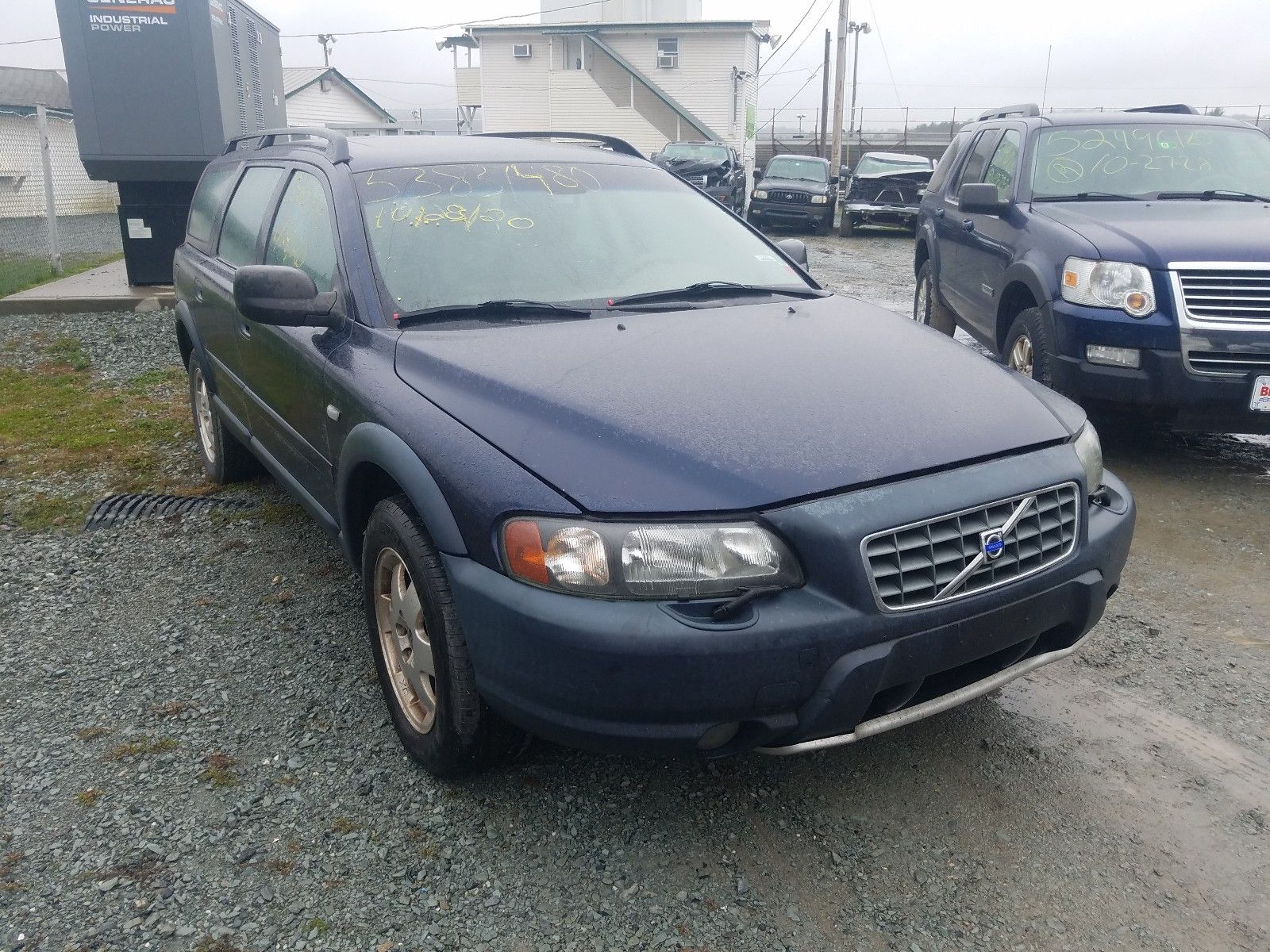