Importing Used or Salvage Vehicles from the United States into Belgium

As a major economic hub for the European Union, Belgium is home to a wealthy population that’s developed a flavor for expensive luxury automobiles. As such, some have begun to wonder what options might exist for importing used U.S. vehicles into Belgium. To be sure, there is a market for imported U.S. used vehicles in Belgium, however it’s smaller than what you might expect.

Because of Belgium’s wealth, there is little to no interest in low-cost vehicles imported from the United States. However, there exists an opportunity for the import of luxury vehicles from the United States into Belgium, particularly if such vehicles can be purchased at a steep discount through U.S. online used car auctions. If you’re interested in pursuing this business opportunity, or simply want to know how you can import your own U.S. used vehicle into Belgium, then you’ll find everything that you need to know below.

If you’re looking to purchase used luxury vehicle in the United States at a deep discount, then online used car auctions are undoubtedly the way to go. Through online used car auction sites, you can stand to save upwards of 70% on a vehicle’s value, savings that will come in handy when dealing with Belgium’s rather expensive import tariffs and taxes.

To get started with an online used car auction, you simply need to set up an account and make a deposit. The deposit is necessary in order to establish your maximum bid (or total maximum bids). For the most part, the size of the deposit will represent 10% of your total bidding power. So, a $1,000 initial deposit through such a site would allow you to bid up to $10,000 on used U.S. vehicles.

With a deposit made and an account setup, you can browse an absolutely massive database of used car auctions taking place throughout the United States. While searching for the best deals, be sure to consult with the auction agent (or broker) who will be assigned to you. He or she can help you to narrow and refine your search, all while at the same time sharing directly to you other potential vehicles and auctions that can’t be displayed through the online car auction service’s website.

Shipping a Used or Salvage U.S. Car to Belgium

As a major trading hub for the European Union, it should be relatively easy to find a major or minor port in the United States that offers shipping service to Belgium for used cars. When finding a port that will work for your needs, also consider that there are two primary shipping options to choose from: traditional container shipping and RORO shipping.

If you’re unfamiliar with the latter, RORO stands for “roll-on roll-off”. This method is the cheapest and most convenient, as your vehicle will simply be rolled onto the ship at your chosen departure port and then rolled off once arriving in Belgium. However, if you’re to be shipping a luxury automobile, do consider the following. Without the protection of a container, it is more likely that your vehicle could become damaged in transit. Also, in order to arrange RORO shipping, you will need to authorize the shipping company to move your vehicle (as needed) during transit.

Port of Bruges-Zeebrugge and the Port of Antwerp serve as the main shipping ports in Belgium. However, there are others, including the Port of Ghent and the Port of Ostend. To learn more about these arrival ports, simply click on their names above, and you’ll be taken to their respective websites.

After arranging for shipment of your used U.S. vehicle to Belgium, you then must prepare to navigate U.S. Customs at your port of departure. To find out where you will need to present the relevant documentation, as well as your vehicle or vehicles, please consult the Port Director at your arranged port of departure.

All vehicles that will be cleared for shipment through U.S. Customs must be presented at port at least 72 hours in advance of the departure date. In addition, Original Certificate of Title along with copies must also be presented. These copies can take the form of one legally certified copy of the Original Certificate of Title or two complete photocopies.

After reviewing the documents and ensuring that the Vehicle Identification Numbers (VIN) and engine numbers match, U.S. Customs will also inspect the vehicle. This will be to ensure that there is no contraband illegally stowed on board. Following a successful review of the documents and a successful inspection, the vehicle will be loaded by your arranged method and at the arranged time.

For more information about clearing a used vehicle through U.S. customs to be shipped to Belgium, please consult the following website.

Getting Your Used or Salvage Car Through Belgian Customs

When presenting a vehicle for clearance through Belgian customs, the following documentation will be required:

(The vehicle’s foreign license plates are only necessary if you wish to operate the vehicle in Belgium pending the completion of the registration and naturalization process.)

The Original Bill of Landing, as presented to Belgian Customs, must contain the following information:

As part of clearance, note that used vehicles imported into Belgium from the United States (and elsewhere) will be subject to a vehicle inspection upon arrival. This will be to ensure roadworthiness, and also to ensure that the vehicle meets European Union environmental and safety standards. In order for the vehicle to be registered, this post-import inspection must be passed successfully, and you must receive a Certificate of Conformity.

For more information about getting a used U.S. vehicle through Belgian customs, you can consult the Administratie der Douane en Accijnzen’s website here.

Import Duties and Taxes for U.S. Vehicles Imported into Belgium

As a member of the European Union, Belgium’s import tariffs for used vehicles from the United States are what you’d expect to see elsewhere in the Union. The are:

In addition to the above tariffs, there are several taxes that will be levied on U.S. used vehicles imported into Belgium. These include:

The above taxes are calculated based upon the purchase price of the vehicle at the time of sale. With respect to the registration tax, this percentage varies based upon a number of different factors, including engine size, vehicle age, and the purchase price. Generally speaking, though, one should expect a 25% rate for most used vehicles imported into Belgium.

If you are a citizen of Belgium, but have lived outside of the country for a period, you may be eligible to an exemption from the 21% VAT. To get this exemption, you and the vehicle must meet the following requirements:

(Note: When imported into Luxembourg, the tariffs are identical to the above. However, the taxes vary somewhat. The VAT moves to 15%, there is no registration tax, and the total acquisition tax for vehicles with 2,000 cc or larger engines falls to 15%.)

Belgium has more strict environmental and safety regulations for vehicles than you’ll find elsewhere. For this reason, all vehicles owned and operated in Belgium are required to have:

To learn more about the process of registering your imported U.S. used vehicle in Belgium, you can consult this website. You can also visit the Direction d’Immatriculation des Véhicules (DIV), which is directly responsible for overseeing the car registration process in Belgium, by visiting their website here. (Not the DIV’s website is in French.)

The Used Car Market in Belgium

As a country wherein the majority of the population has the means to afford an automobile, both the used and new car markets are quite vibrant. In fact, according to an estimate provided by the U.S. Commercial Service Automotive Resource Guide, 94.6% of Belgium’s population can afford to own a car. Much of the new car market is driven by companies operating inside of Belgium, which use “company vehicles” as an incentive for employees. Naturally these leads to a large secondary market for former “company vehicles.”

Broadly speaking, the movement of the market, as it is elsewhere in Europe, is toward vehicles that make use of renewable energy. In recent years, Belgium has been researching the viability of hydrogen-powered cars. However, a full movement toward such vehicles is assuredly many years off. In the meantime, electric vehicles and hybrid vehicles are gaining traction, especially as environmental regulations continue to tighten not just in Belgium, but also across the European Union.

To be sure, though, the import market is not as strong in Belgium as it is elsewhere in Europe. Car manufacturing has long been an integral part in the Belgian economy, which car exports far exceeding car imports by significant margins. However, over the past several years, some notable manufacturers have shuttered factories in Belgium, which could be a sign that the import market may open up significantly over the next decade.

The Most Popular Used Vehicles in Belgium

European brands and luxury cars dominate the Belgian auto market, both for new and used vehicles. Renault continues to be the most popular make overall, with its Scénic and Clio models the first and second most popular car models for 2015. As elsewhere in Europe, the Volkswagen Golf remains a popular make, coming in at third place for 2015 with a roughly 11% market share overall. The Volkswagen Polo was also a popular make for last year, with a roughly 9% market share. However, both models were moving significantly fewer units year-to-year, indicating the interest in both may be beginning to wane.

There are no American Makes that rank in the top 10 for models in Belgium. However, many luxury vehicles that are currently available in the United States are quite popular inside of Belgium. The Audi A3 was the fourth most popular vehicle in Belgium for 2015, while the Mercedes C Class came in at eighth. In 9th place, the BMW 3 Series managed to earn a roughly 7.9% market share for 2015. Clearly, then, those wishing to import used vehicles from the United States into Belgium will want to concentrate on securing sound deals on popular luxury vehicles. 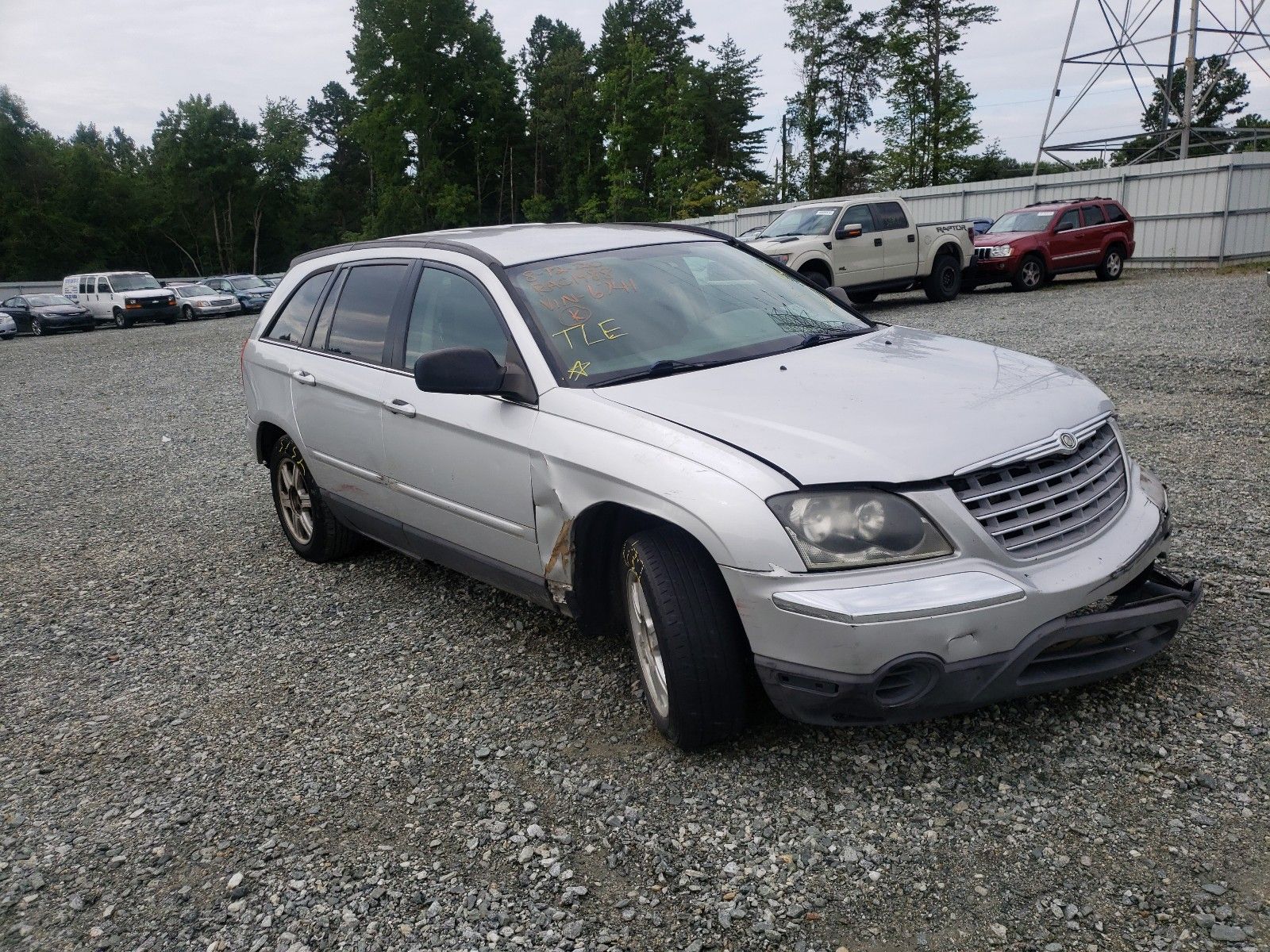 Read More
Importing Used or Salvage Vehicles from the United States into the Netherlands 10/17/2016 What is Salvage title?