Importing Used or Salvage Vehicles from the United States into Iceland

When you’re aiming to get the best deal possible on used cars in the United States, far and away the best option is online used car auctions. Through websites that provide this service, you can gain access to used car auctions that had previously only been available to dealers, giving you the chance to save upwards of 70% on the total cost of a used vehicle.

Best of all, the convenience of online car auctions is hard to beat. You merely need to create an account and make a deposit with the auction provider. After that, you’ll have access to an incredible database of used car auctions taking place across the country each and every day, giving you the best chance of finding the right used car at the right price.

But, that’s not all! You’ll also be given access to an experienced auction agent or broker. He or she can help you through the entire process, and can even offer advice on searching and bidding strategies. Best of all, this agent or broker can also connect you with used car auctions that cannot be displayed publically, something that can really help you to get a steal of a deal!

Shipping a Used or Salvage U.S. Car to Iceland

Although a small nation, Iceland plays an important role in international trade. As such, it should be relatively easy to find a port in the United States that offers shipping service to the country. That said, you should try to secure shipping for your used vehicle as soon as possible, as dates will be a bit more limited than you might find for other, larger countries.

In addition, you should also put some thought into the shipping method of which you’d like to take advantage. Of course, you can opt for traditional container shipping, which offers unparalleled for your used U.S. vehicle being imported into Iceland. But, there is another option, one that you might find more convenient and that is most definitely cheaper.

We’re talking about something that’s known as RORO shipping. RORO, if you do not already know, stands for “roll-on roll-off”. This accurately describes the manner in which your used vehicle will be loaded onto and then off of the ship. Because the labor involved with rolling a car on and off of a ship is relatively minimal, the cost of shipping is much less, something that can help you to save double, given that Iceland calculates import duties and taxes based upon a vehicle’s CIF value.

The only downside to RORO shipping is the lack of protection afforded by a container. Because your vehicle will be out in the open, it could be damaged by the elements. Further, ship workers might have to move your vehicle while the vessel is in transit, opening the door to damage caused by human error. Of course, these risks are minimal, but they’re something you need to accept if you’re going to opt for this shipping method.

Iceland, an island nation, has no shortage of ports, with many dotting the country’s coastline on all four sides. However, if you’re looking to ship your used U.S. vehicle to a container port, then you will only have two options, both located in the southwest region of Iceland. The first and most well known is the Port of Reykjavik. The other is Port of Vestmannaeyjar, which is smaller and just to the south of the Port of Reykjavik.

Clearing Your Used Vehicle Shipped to Iceland Through U.S. Customs

The process for clearing a used vehicle through U.S. customs on its way to Iceland is incredibly straightforward. The first thing you’ll need to do is ensure that you have all the necessary documentation. Namely, you will need to secure the vehicle’s Original Certificate of Title along with one of the following:

Once U.S. customs has taken possession of your used vehicle and documentation, they will do the following. First, they will cross-reference the Vehicle Identification Numbers (VINs) on the documents and the vehicle to ensure they’re a match. Second, they’ll thoroughly inspect the vehicle to ensure that nothing has been illegally stowed away. Provided everything checks out, the vehicle will be cleared for loading, and you’ll be all set.

Should you have any additional questions about clearing a used vehicle through U.S. customs, please consult this handy guide provided by the official website for U.S. Customs and Border Security.

Getting Your Used or Salvage Car Through Icelandic Customs

The most important thing to understand when importing a used vehicle from the United States into Iceland is this: the vehicle can only be for your own personal use, and it cannot be resold or even loaned to another individual following import. In addition, you will not be permitted to use the vehicle for the purpose of transporting goods or providing a service with the vehicle. When importing your used car from the United States, you will have to attest to the fact that you understand this.

The first and most important step to undertake when importing a used car from the United States into Iceland is pre-registering your vehicle with the Icelandic Transport Authority (ITA). You can visit their official website here for more information and to access the required forms online.

In addition to having proof of your car’s pre-registration with the ITA, you will also be required to provide the following documentation to Icelandic customs:

After the above documentation has been reviewed and Icelandic customs has inspected your imported used U.S. vehicle, the vehicle will be cleared. In addition, the Icelandic Vehicle Inspectorate will provide you with license plates for the vehicle. In addition, you will also receive your permanent registration document. To see what this document looks like, as well as to see an English translation of the registration document, go here.

Should you have any additional questions about clearing your used U.S. vehicle through customs in Iceland, you can consult the official website for the Directorate of Customs here.

Note that all vehicles imported into Iceland must be submitted for inspection at least once every year to ensure their compliance with safety and environmental regulations. To learn more about this process, as well as where you can submit your vehicle for inspection, please visit this website. To learn more about how both the registration and inspection processes work, please visit this website.

Import Duties and Taxes for U.S. Vehicles Imported into Iceland

The import duties and taxes assessed in Iceland on imported used vehicles from the United States and elsewhere are moderate in scope. While not as inexpensive as other countries, they’re not wholly prohibitive.

In addition to the excise duty, there is also a Value Added Tax (VAT) assessed by Icelandic customs. This VAT is equal to 24.5% of the sum of the CIF value of the vehicle and the total excise duty paid.

Aside from the VAT, there is also a weight tax assessed on all motor vehicles in the country that is payable upfront and then every six months thereafter. This weight tax is calculated as follows:

The Most Popular Used Vehicles in Iceland

Given the often-harsh environmental conditions in Iceland, you might expect larger and more durable vehicles to be the preference of Icelanders. However, almost the exact opposite is true. Much like nations in Europe, Icelanders prefer smaller and more economical vehicles, with Japanese auto makes being particularly popular. In fact, Toyota is often the best-selling make in the country every year, only switching places with the popular European make Skoda.

The hybrid SUV Skoda Octavia, as it is elsewhere in colder climate countries, is incredibly popular with Icelanders. Likewise, many of Toyota’s hybrid SUVs enjoy popularity in the country. However, it’s the Toyota Corolla, which features distinct European design touches, that’s perhaps the most popular vehicle offered by the automaker in the country.

One vehicle you might be surprised to see as a perennial favorite with Icelanders is the Ford Econoline. Icelanders like the roominess and four-wheel drive capabilities of this vehicle, something that makes it a favorite among families. In addition, you’ll also find that businesses like to make use of this vehicle too.

Overall, though, one should note that there’s often a high turnover rate when it comes to vehicles in Iceland. As mentioned the environment in the country can be especially unforgiving, and this rather obviously can have adverse effects on automobiles. For this reason, if you’re planning to import a used vehicle for your own personal use into the country, the recommendation is definitely to find one that’s durable and relatively inexpensive to maintain and repair. Given the conditions your imported used U.S. vehicle will be subjected to, being prepared in this manner is something that you’re sure to appreciate later on. 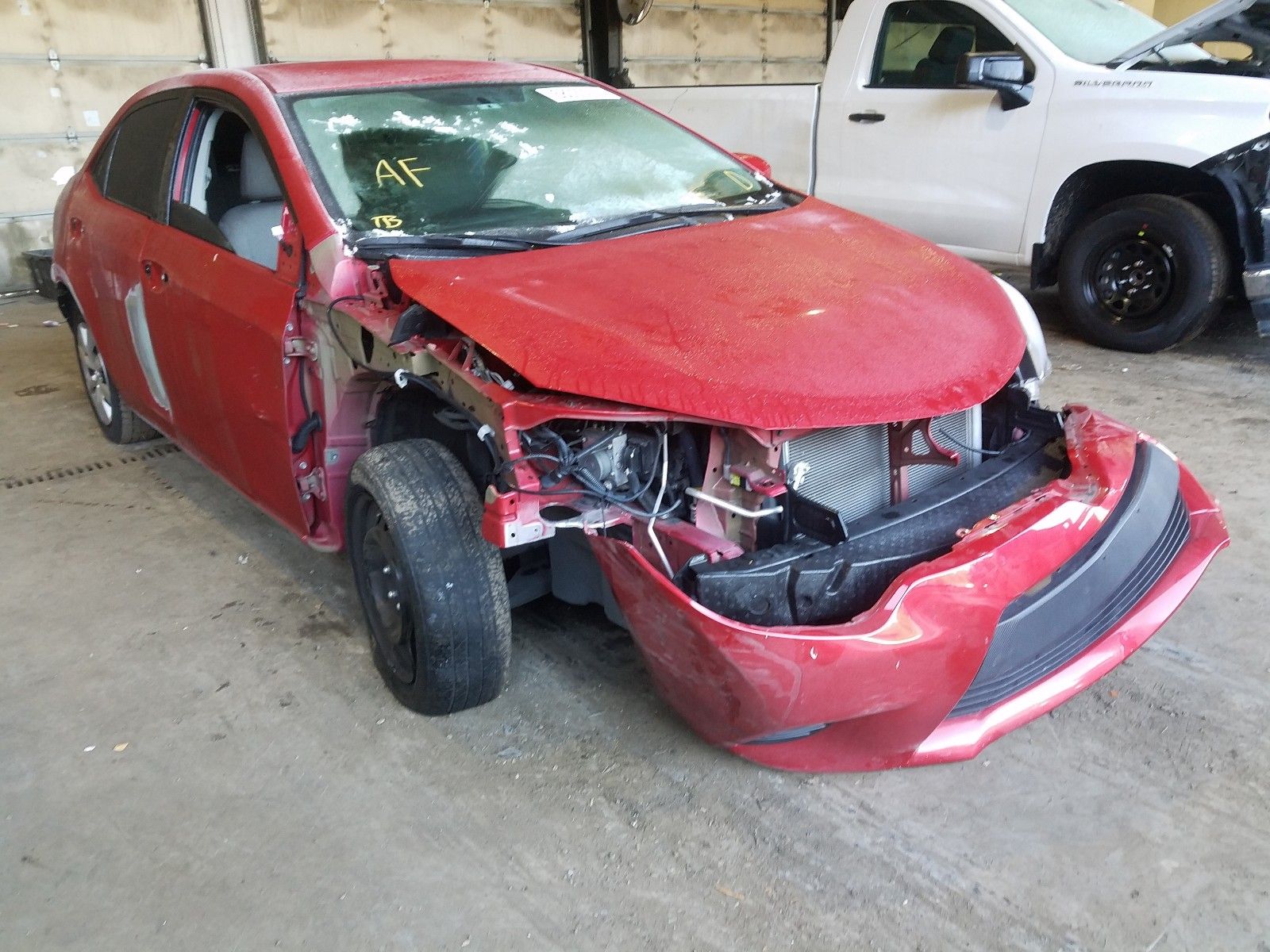 Read More
Custom Duty on Imported Cars in India and Importing Used or Salvage Vehicles from the U.S. 11/14/2016 What is Salvage title?