Although the government of Jordan has taken steps in recent years to curtail the import of used vehicles, the market there is still strong, particularly when it comes to vehicles imported from the United States. This has much to do with the free-trade agreement that exists between the two countries, as well as the fact that Jordan auto market supplies much of the secondhand auto market for its neighboring countries.

If you’re interested in importing used vehicles into Jordan, though, you have to understand what the restrictions are. In addition, you’ll also want to understand import duties and taxes assessed by Jordan on imported used vehicles. Below, we’re going to review these things and more, as we share everything you need to know about importing used or salvage vehicles from the United States into Jordan.

To get started, you merely need to set up an account with an online used car auction provider and make a deposit. This deposit is necessary in order to establish your bidding power, with the size of the deposit typically equaling 10% of your potential maximum bid. After you’ve done this, you can browse an extensive database of used car auctions, something that gives you incredible variety from the comfort of your own home. Simply put, online car auctions are the very best way to find the right used vehicle at a price that can’t be matched anywhere else.

Shipping a Used or Salvage U.S. Car to Jordan

As Jordan enjoys a close political and trade relationship with the United States, you should not have much difficulty when it comes to locating a port that offers shipping to the country. The only potential difficulty you might have is choosing between a shipping method, either opting for traditional container shipping or something that’s known as RORO shipping.

RORO stands for “roll-on roll-off”, which describes the manner in which your used vehicle will be loaded onto and then off of the ship. Because this is much less labor intensive than container shipping, the savings can be passed onto you. These savings are further compounded by the fact that Jordan is a country that calculates an imported used car’s value via CIF (the total of the vehicle’s value, shipping insurance and freight charges). The only drawback is that you won’t have the protection of a container. Still, the risk of damage occurring during transit is relatively minimal.

When shipping a used U.S. vehicle to Jordan, you will only have one choice for your destination: The Port of Aqaba. It is the only port in the country, and it serves as a vital cog in the economy of the region overall. The port is overseen by the Aqaba Ports Corporation, whose official website you can visit right here.

Clearing Your Used Vehicle Shipped to Jordan Through U.S. Customs

Once you have the above, you will need to present your documents and vehicle to U.S. customs at your chosen port of departure. To find out where this is precisely, simply contact the Port Director.

After U.S. Customs has taken possession of your vehicle and documents, they will do two primary things. First, they will conduct a thorough inspection of the vehicle, ensuring that nothing has been illegally secreted away inside of it. Second, they will check over your documentation and ensure that the Vehicle Identification Number (VIN) is a match with the vehicle provided.

If everything checks out (as it should), the vehicle will be cleared and loaded onto the ship. Should you have any additional questions about this process, please consult the official website for U.S. Customs and Border Security.

The restrictions that Jordan places upon imported used cars can be somewhat complex and confusing. For this reason, you’ll want to ensure that you have a full understanding of these restrictions before seeking to import your used U.S. vehicle into Jordan.

The first and most import restriction to understand is this: any vehicle that’s imported into Jordan for personal use must be no more than five years old. The vehicle’s age is calculated not from the date of purchase, but instead from the model year. As you look for used U.S. vehicles to import into the country through online used car auctions, be sure to keep this in mind.

If, however, you are importing a used vehicle into the country as part of a business, there is no age restriction in place. However, in order to take advantage of this exemption, you must be in possession of an import license from the Jordanian government. To obtain such a license, you will need to contact Jordanian Customs. Their contact information is provided here.

Aside from the age restriction, there are two others that you should be aware of. Jordan expressly forbids diesel-fueled automobiles from being imported into the country. In addition, there are laws against tinted windows; a vehicle’s windows must be tinted by no more than 10%. Should your used vehicle have windows with a darker tint, please be sure to take care of this before shipping. You will be subject to fines and a delay in your customs clearance if this is not rectified beforehand.

Getting Your Used or Salvage Car Through Jordanian Customs

Provided that your used U.S. vehicle meets all the requirements outline above, then you should be able to clear your vehicle through Jordanian customs relatively easily. This is due in no small part to the fact that the United States and the country of Jordan currently enjoy a free-trade agreement with one another.

When presenting your used vehicle for clearance by Jordanian customs, you will be required to present the following documentation:

Should you have any additional questions about clearing your used U.S. vehicle through Jordanian customs, you can consult the country’s official customs department right here. In addition to information, you’ll also find that Jordan provides an online portal through which many customs forms and documents can be submitted. Be sure to take advantage of this if you’re looking to save time in the customs clearance process.

Import Duties and Taxes for U.S. Vehicles Imported into Jordan

Before calculating the taxes you will pay on your car, there are two things you’ll want to understand. First, Jordan uses the CIF value to calculate the taxes paid on imported used vehicles. CIF stands for “Cost, Insurance, Freight”, reflecting the total cost of the vehicle plus the cost of shipping and insuring the vehicle. Note, however, that Jordan only includes 1% of the shipping insurance paid in its CIF calculation. Second, Jordan uses a depreciation chart to calculate the current value of your vehicle:

* In order to be eligible for the 0% tax on U.S.-manufactured pick-up trucks, the vehicle in question must have a certificate of origin that clearly states the pick-up truck was manufactured in the United States, its rear bed must be 50% longer than the wheelbase, and it must have been shipped from a U.S. port.

Aside from the above taxes, you will also be required to pay inspection and clearance fees once your vehicle arrives in Jordan. However, these fees are relatively minimal and typically do not exceed $70.

If you’d like to take a closer look at Jordan’s schedule of import taxes for used vehicles, you can consult this chart provided by Jordan Customs. For broader questions, simply visit the official website for Jordan Customs here.

The Used Car Market in Jordan

The import market for new and used cars in Jordan is actually quite interesting. The majority of cars that are imported into Jordan every year are often bound for other markets. In fact, of the 171,000 vehicles imported into Jordan in 2013, only 60,000 ultimately ended up on the Jordanian auto market. Of those, the vast majority were used vehicles, 43,000 of them to be exact. Overall, the United States owns a healthy 5% market share of the new and used car markets overall.

In recent years, as elsewhere around the globe, hybrid vehicles have been enjoying increasingly robust sales. Of the 60,000 aforementioned vehicles that ended up on the Jordanian auto market in 2013, nearly 14,000 of those were hybrid vehicles. Those numbers have only continued to improve since then, meaning there’s a tremendous opportunity for someone who can purchase hybrid vehicles through online car auctions in the United States, given that there are many such hybrid vehicles available stateside.

It should be noted, though, that the ban on vehicles older than five years that went into effect in 2013 has had an adverse effect on the imported used car market in the country. While those with import licenses are still able to get older vehicles into the Jordanian used car market, doing so is becoming increasingly difficult. Still, given that the free trade agreement between the United States and Jordan is still in place, the best prospect for importing older used vehicles is definitely for those exporting from the U.S.

The Most Popular Used Vehicles in Jordan

Vehicles produced by Kia and Honda are among the most popular with Jordanians. However, the vice grip that these two automakers once had on the Jordanian car market has been loosening in recent years, opening up the possibility of other auto makers gaining a stronger position in the country. In fact, Toyota has been gobbling up much of the market share left on the table by Kia and Honda, seeing sales of its vehicles increase by nearly 15% in 2016 so far. In fact, the Toyota Land Cruiser has quickly become one of the most popular vehicles with Jordanian auto buyers, gaining an 11.5% share of the auto market there overall.

Those looking to take advantage of favorable tax breaks for U.S.-manufactured pick-up trucks would do well to investigate their options with Ford and Chevrolet. Both of these American makes are among the top-10 most popular makes in the country overall. If you’re looking for options in the regular passenger vehicle sector, the Ford Mondeo has gained some favorability with Jordanians and could be an excellent choice for importing into the country. 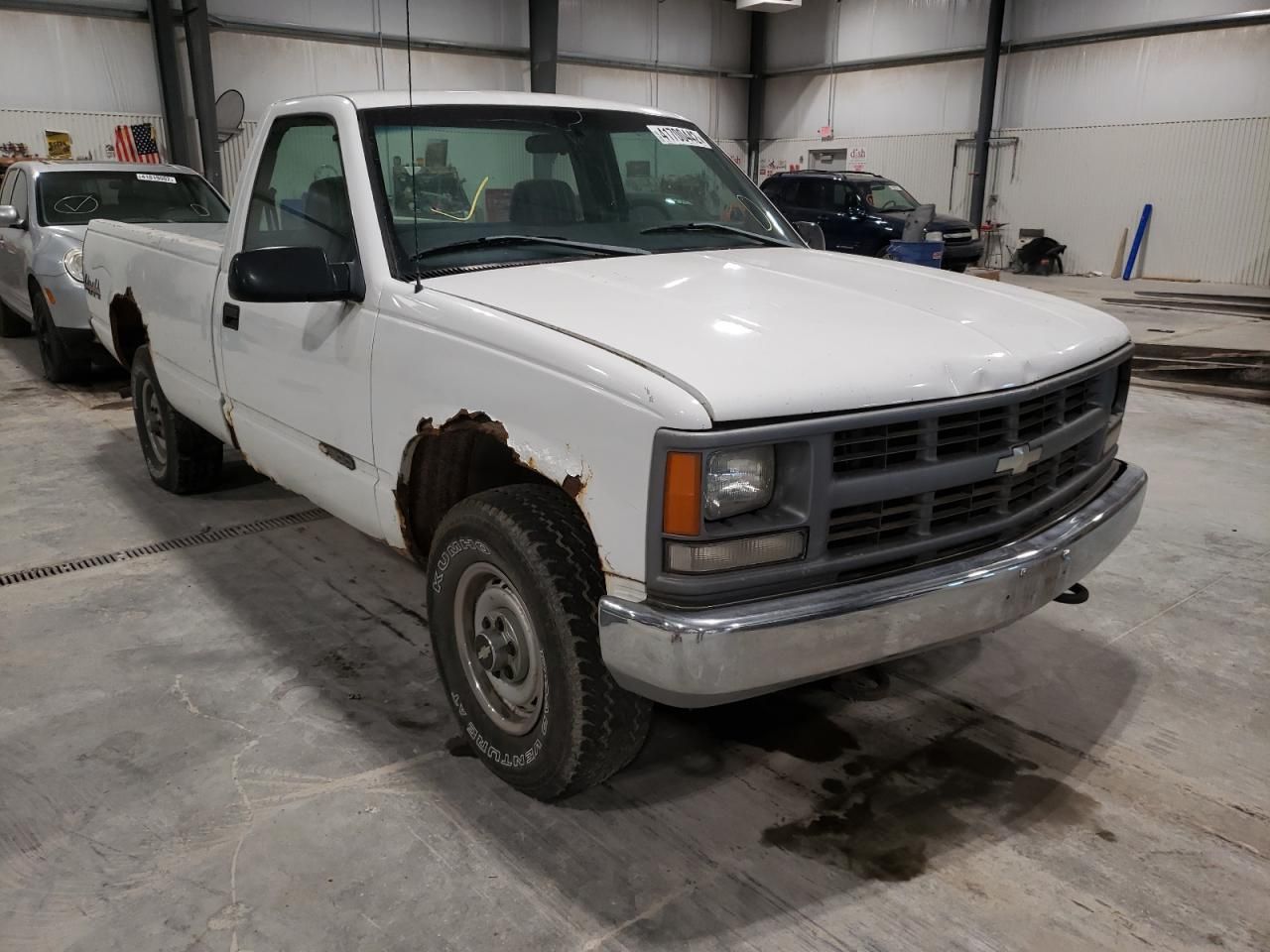