Importing Used or Salvage Vehicles from the United States into Mexico

Sharing a long border with the United States, Mexico has always been an important trading partner for the country. This is especially true when it comes to the two countries’ automobile industries, which have become increasingly linked to one another in recent years. As such, many are wondering about what’s involved when importing used vehicles from the United States into Mexico.

While NAFTA may lead some to believe that the process is incredibly easy, the truth is otherwise. Mexico has enacted a number of trade barriers to protect its automotive manufacturing industry, particularly when it comes to used vehicles. However, if you understand what these restrictions are, as well as what’s involved with clearing customs and paying import duties and fees, you should be able to import almost any used U.S. vehicle you want into Mexico. Below, we’re going to share this vital information, and we’ll even discuss the very best way to get a deal on a used vehicle in the United States.

Restrictions on Used Cars Imported into Mexico from the U.S.

Before attempting to purchase a used or salvage car in the United States that will be subsequently imported into Mexico, it’s important to understand that there are a number of restrictions that have been put in place by the Mexican government. Understanding what these restrictions are will help to ensure that you don’t encounter any problems once you’ve shipped your used or salvage vehicle to Mexico.

With respect to salvage vehicles, it’s important to understand that Mexico will not permit the importation of any vehicle that has been deemed to be not roadworthy. Therefore, if you do purchase from a salvage car auction in the United States, you will need to get the vehicle roadworthy once again before exporting it. Note that this means salvage vehicles cannot be imported into Mexico for the purpose of supplying spare parts. Also, if the vehicle has a salvage title but is still “roadworthy”, it nonetheless must receive a clear title from the DMV.

In addition to this, note that there are strict limitations placed upon the number of vehicles an individual, business or proprietor can import into Mexico per every 12-month period. Namely, one is only permitted to import one vehicle (new or used) per 12-month period. In order to import more vehicles than this, one will need to register as an importer with the Padron de Importadores. Note that if you will be importing used vehicles into Mexico as part of a business, you will also be required to file monthly import records with the Servicio de Administración Tributaria (SAT).

Things get more complex from here. For example, there are special procedures that one will have to undertake in order to import a classic vehicle from the United States into Mexico. For more on this, you can consult this guide (offered in Spanish) provided by the SAT. Aside from this, there are a number of other discrete requirements for used vehicles imported into the country. As an example, Mexico prohibits the importation of used vehicles that cannot be operated on the highway. For more on this, you can consult this document that was created by the United States Department of Commerce and the International Trade Administration.

Those who are interested in importing used U.S. vehicles into Mexico for the long term do have some good news to which they can look forward. Starting in 2009, many of the restrictions pertaining to the importation of used vehicles were put on a 10-year phase out period. This means that by 2019, one should be able to import used and salvaged vehicles from the United States into Mexico with much greater ease than they can today.

To get started, you will need to set up an account with an online car auction site and make an initial deposit. This deposit will establish your bidding power, with its value typically representing 10% of what your maximum bid on used and salvage vehicles can be. For example, were you to make a deposit of $1,000, you would then be able to bid up to $10,000 on a used vehicle (or vehicles)!

Aside from the prospects for savings, the best thing about online car auctions is their convenience. From the comfort of your own home, you can browse an extensive database of used car auctions, finding the vehicle (or vehicles) that meet your needs exactly. To help you through the process, you’ll also be connected with an experienced auction agent or broker. He or she can even connect you with used car auctions that cannot be displayed publically. All told, this method provides you with the very best chance of finding the right used car at a rock-bottom price.

Shipping a Used or Salvage U.S. Car to Mexico

When shipping over water, you will have two primary modes of shipping to choose from. The first is traditional container shipping, and the second is RORO shipping. This latter option stands for “roll-on roll-off” shipping and is the cheaper of the two. When shipping by this method, your used vehicle will simply be rolled onto the ship at the port of departure and then rolled off once it arrives in Mexico. Because there is significantly less labor involved, the savings can be passed on to you. The only drawback is that this shipping method does pose a greater risk for damage occurring during transit, although this risk is rather minimal.

To get started with choosing a destination for your used car in Mexico, you can check out the port authorities for the top three ports:

And, of course, depending upon your needs, you may be able to find another port that will work particularly well for you. Simple research should connect you with a port that’s convenient to your used vehicle’s ultimate destination.

Clearing Your Used Vehicle Shipped to Mexico Through U.S. Customs

As far as documentation is concerned, you will need the used vehicle’s Original Certificate of Title. In addition, you will also need either a certified copy of the title, or you will need two complete copies.

Once U.S. customs has taken possession of your vehicle and documentation, they will do two things. First, they will inspect the vehicle to ensure that nothing illegal has been stowed away. Second, they will verify your documentation, checking to see that it accurately reflects the vehicle you’ve submitted. Provided everything checks out, the vehicle will be cleared and then sent on its way to Mexico.

To answer any additional questions you might have about clearing a used vehicle through customs, please consult this guide put together by U.S. Customs and Border Security.

Getting Your Used or Salvage Car Through Mexican Customs

The numerous and sometimes confusing restrictions placed upon imported used cars by the Mexican government not withstanding, the process for actually clearing a car through Mexican customs is incredibly straightforward. Once the vehicle arrives, you will need to furnish the following documentation to Mexican customs:

* This is necessary if you wish to take advantage of duty-free import for used cars originating in NAFTA member nations.

In addition to presenting the above documentation to Mexican customs agents, you will also be required to pay the requisite duties, taxes and fees. These are outlined below. Also, you will be required to demonstrate proof that the vehicle meets the roadworthiness, safety and environmental standards of Mexico. (Generally speaking, these standards are the same as you’ll find in most U.S. states, but there are some exceptions.)

Should you have any further questions about how you will clear your used U.S. vehicle through Mexican customs, please consult the official website for the Mexican customs authority.

Import Duties and Taxes for U.S. Vehicles Imported into Mexico

As a member nation on the North-Atlantic Free-Trade Agreement (NAFTA), Mexico affords significant breaks in duties and taxes to those importing used vehicles from the United States. However, in order to avail yourself of these duty and tax breaks, you must be able to furnish a NAFTA Certificate of Origin to Mexican customs agents upon the arrival of your used vehicle in the country.

Provided you can do this, you will not be required to pay an import duty for your vehicle. If you cannot provide a NAFTA Certificate of Origin, then you will be required to pay a 50% duty on the value of the vehicle as determined by Mexican customs in accordance with standard price lists like those provided by Edmunds and Kelley Blue Book.

Outside of the duty, there are three kinds of taxes that are assessed on used vehicles imported into Mexico from the United States. The first is a Value Added Tax (VAT), which is currently set to 16%, regardless of what Mexican state to which you import your vehicle. In addition, there is also a General Import Tax (IGI) assessed on vehicles that are five-years or older:

Do note that a vehicle’s age is determined based upon the model year and not by date of purchase or manufacture.

There is also an ad valorem tax that differs depending upon where in Mexico you’re importing your used vehicle to and also upon how old your vehicle is. When importing to states along the U.S.-Mexico border (Baja, Sonora, etc.), vehicles that are between five and 10 years old are subject to a 1% tax. If the vehicle is older than 10 years, then it is subject to a 10% tax. For regions outside of the border, that ad valorem tax is 10% for used vehicles that are between four and nine years old. (Again, age is calculated based upon model year and not date of purchase or manufacture.) 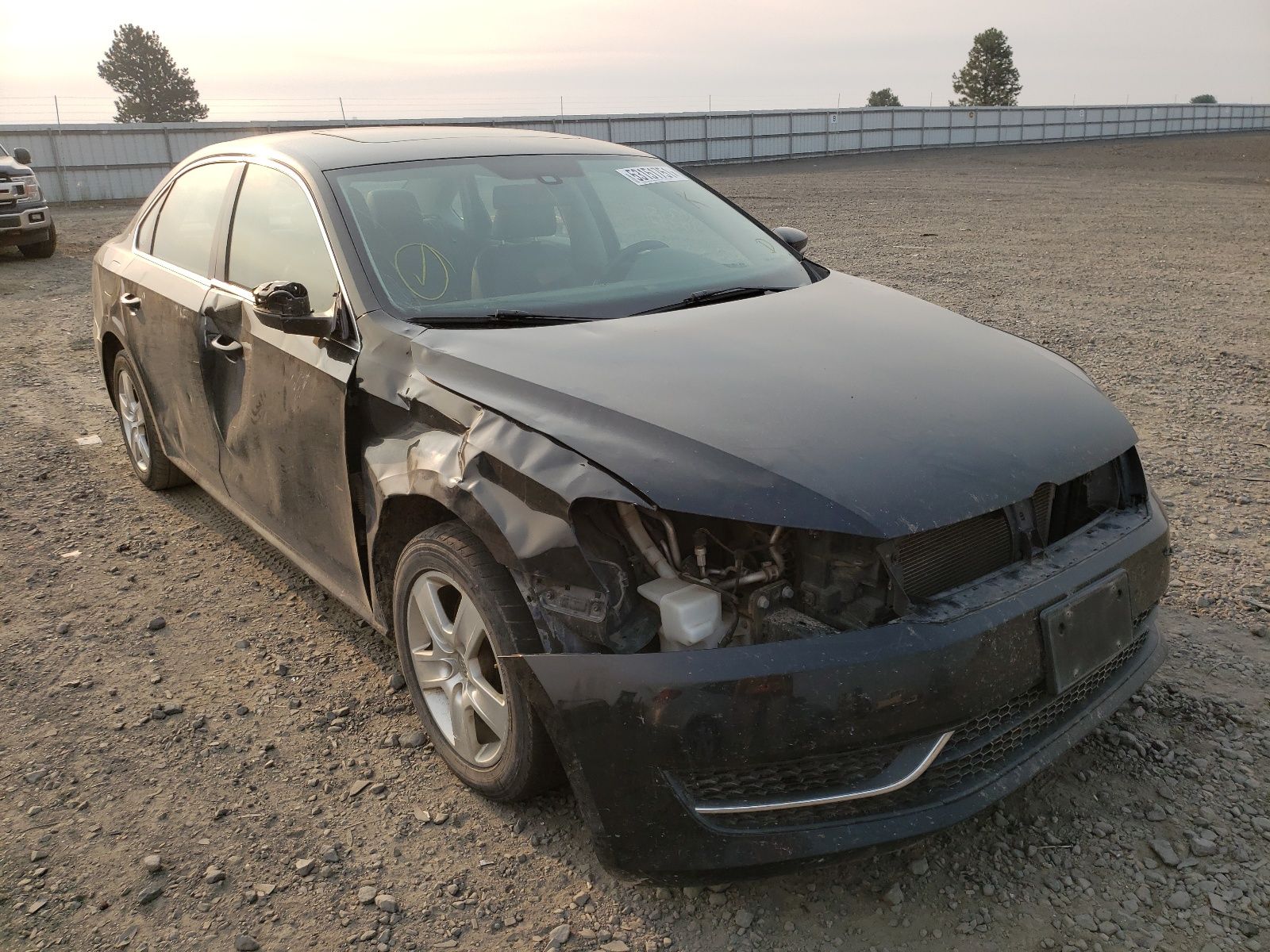