To be sure, there’s money to be made in this venture. However, the rules pertaining to the importation of used vehicles in Saudi Arabia can be quite complex. You should know How To Check Vehicle Registration in Saudi Arabia. Below, you can see guide we’re going to review everything you need to know, paying particular attention to Saudi Arabia’s rules regarding customs duties and taxes, as well as the country’s import restrictions. In addition, we’ll discuss your shipping options, as well as what opportunities exist in the Saudi Arabian used car market.

If you’re looking to get the best deal possible on used cars in the United States, your best option is unquestionably online used car auctions. Through sites that provide this service, you can gain access to used car auctions taking place across the United States each and every day. Doing this presents you with the opportunity to save massively on the price of a used vehicle!

To get started, you’ll only need to create an account (according to policy of site) and then make an initial deposit. This deposit is necessary in order to establish your maximum bid, with the deposit’s size most often equaling 10% of whatever your maximum bid can be. (This would mean that a $500 deposit would entitle you to bid up to $5000 on used U.S. vehicles.)

After creating an account (its like license for using site), you will be able to browse the extensive database of used car auctions available through the website. In addition, you will also be connected with an auction agent who can help you determine appropriate bids and even connect you with U.S. used car auctions that cannot be publically displayed online.

As you browse different auctions, though, do please keep this in mind. If your goal is to export a used U.S. vehicle to Saudi Arabia, then it must be one that has not previously been in an accident. Saudi Arabia expressly prohibits the import of such vehicles.

Because of the close economic ties between Saudi Arabia and the United States, you should have no trouble when it comes to locating a port from which you can ship your used U.S. vehicle. The only real choice that you’ll have to make is between container shipping or RORO shipping, which stands for “roll-on roll-off”.

Without a doubt, RORO shipping is the cheaper and more convenient of the two options. However, take heed when opting for this method when shipping used U.S. vehicles to Saudi Arabia. Given that Saudi Arabia prohibits the import of used vehicles with visible body damage, the possibility of damage occurring to your vehicle while in transit (due to its exposure to the elements or human error) is something to keep in mind. That said, if you’re willing to accept the risk, the savings you stand to gain on shipping are significant.

The two main ports to which used U.S. vehicles can be shipped to Saudi Arabia are the Jeddah Islamic Port (JIP) and the King Abdulaziz Port Dammam. The Jeddah Isalmic Port is located along the west coast of the country and is serviced through the Red Sea. The King Abdulaziz Port Dammam, by contrast, is located on the country’s east coast and offers service from the Persian Gulf. Those looking to gain access to the country’s capital, Riyadh, will prefer to use the latter port.

The above documentation along with the vehicle must be presented to U.S. customs at your chosen port of departure at least 72 hours before your scheduled ship date. To find out where exactly you will need to present your vehicle and documentation to customs, please consult the Port Director at the departure port you have selected.

Once in the hands of customs, a few things will be evaluated. Customs agents will check your documentation and ensure that it accurately reflects the Vehicle Identification Number (VIN) and engine number of the car presented. In addition, customs agents will inspect the vehicle thoroughly to see if there is any contraband secretly stowed away. Provided that the vehicle is clean and the documentation checks out, the vehicle will be cleared and then loaded onto the ship.

Should you have any questions about customs clearance that pertain to your vehicle’s specific circumstances, please contact U.S. Customs and Border Protection directly by visiting their website here.

Getting Your Used Vehicle Through Customs in Saudi Arabia

Provided you meet the above requirements, you are permitted to import one used vehicle per calendar year. In order to import more than one vehicle per year for the purpose of selling those vehicles, you must be registered as the operator of an importer and reseller of vehicles. In addition, vehicles with more than five seats can only be registered by commercial businesses.

Beyond these basic requirements, there are a number of other notable restrictions placed upon used U.S. vehicles imported into Saudi Arabia. These include:

Provided that the vehicle and its owner meet all of the above requirements, the following documents will be required by Saudi Arabian customs:

In instances where the person who is importing the vehicle is not the registered owner of the vehicle, the importer must present proof of power of attorney to Saudi Arabian customs.

For more information about clearing your used U.S. vehicle through Saudi customs, you can consult the Ministry of Finance’s official site for customs here.

When importing a used vehicle from the United States to Saudi Arabia, you will subject to an import tariff of 10% for both passenger automobiles and light trucks. While this seems relatively straightforward, it’s worth noting how the value of the vehicle is calculated by Saudi customs.

As an example of the above, consider a used U.S. vehicle valued at $10,000 when sold. The percentage for depreciation assessed by Saudi Arabia would be 14% — 2% for the second half of its first year, and then 12% for each of the 12 months of its second year.

Beyond the import duties imposed on used U.S. vehicles imported into Saudi Arabia, there are no taxes assessed at the time of customs clearance. Should you have any additional questions about Saudi Arabia’s customs duties for imported U.S. used vehicles, this website is an excellent resource.

How to Register an Imported Used Car in Saudi Arabia

The Ministry of the Interior oversees the vehicle registration process in Saudi Arabia. In order to register your imported used U.S. vehicle, you will need to present your vehicle along with the following documentation to a local office:

In addition to providing the above documentation, you will also be required to pay a registration fee, which is typically 150 Riyals. Once paid, the vehicle’s registration will be valid for three years. During the final year of registration, a renewal can be conducted through this website.

For more information about the process for registering your imported used U.S. vehicle in Saudi Arabia, you can consult the official website for the Ministry of the Interior right here.

Saudi Arabia is home to one of the strongest economies in the entire world, and this is absolutely reflected in its automotive market. In fact, there is an average of one passenger vehicle per Saudi Arabian household according to statistics provided by the U.S. Department of Commerce and the International Trade Administration. To keep up with demand, the import of both new and used vehicles has been seeing a steady annual increase of around 4% for the past several years.

Sedans are the most popular kind of vehicle with Saudi Arabians, making up about 75% of the country’s automotive fleet overall. In distant second, four-wheel drive vehicles make up about 20% of the country’s automotive fleet. Of particular interest to someone looking to export used U.S. vehicles to Saudi Arabia is this: larger households in the country have been shown to have a much stronger preference for American makes and models, as opposed to those from European and even Japanese manufacturers. In addition, the majority of vehicles in the country (around 59%) are older than 15 years.

Overall, the used car market in Saudi Arabia is mostly supplied by imports from the United States, with imports from Germany making up much of the rest. However, when seeking entry into the Saudi Arabian used car market, one should note that demand for imported used vehicles is contracting overall. This is due in large part to the increasing availability of financing and leasing options for new vehicles in the country.

The Most Popular Used Vehicles in Saudi Arabia

Vehicles that are manufactured by the United States’ big three – General Motors, Chrysler and Ford – are among the most popular and sought-after vehicles with car buyers in Saudi Arabia. Of the three, Ford is perhaps the most popular, with its Explorer and Taurus models seeing strong demand in recent years. Chevrolet vehicles, particular performance ones, also enjoy strong demand among Saudi Arabians. In the Sports Utility Vehicle department, there’s always a strong interest in GMC Yukons and Suburbans.

While American makes remain exceedingly popular, it’s worth noting that Japanese makes (which are readily available through U.S. used car auctions) are gaining ground. In fact, the Toyota Hilux was the most purchased vehicle in Saudi Arabia over the past year, with the fuel-efficient and low-cost Toyota Yaris also enjoying strong sales. In addition to vehicles from Toyota, Hyundai has also performed well in recent years, with its Elantra and Accent models enjoying particularly robust sales themselves. 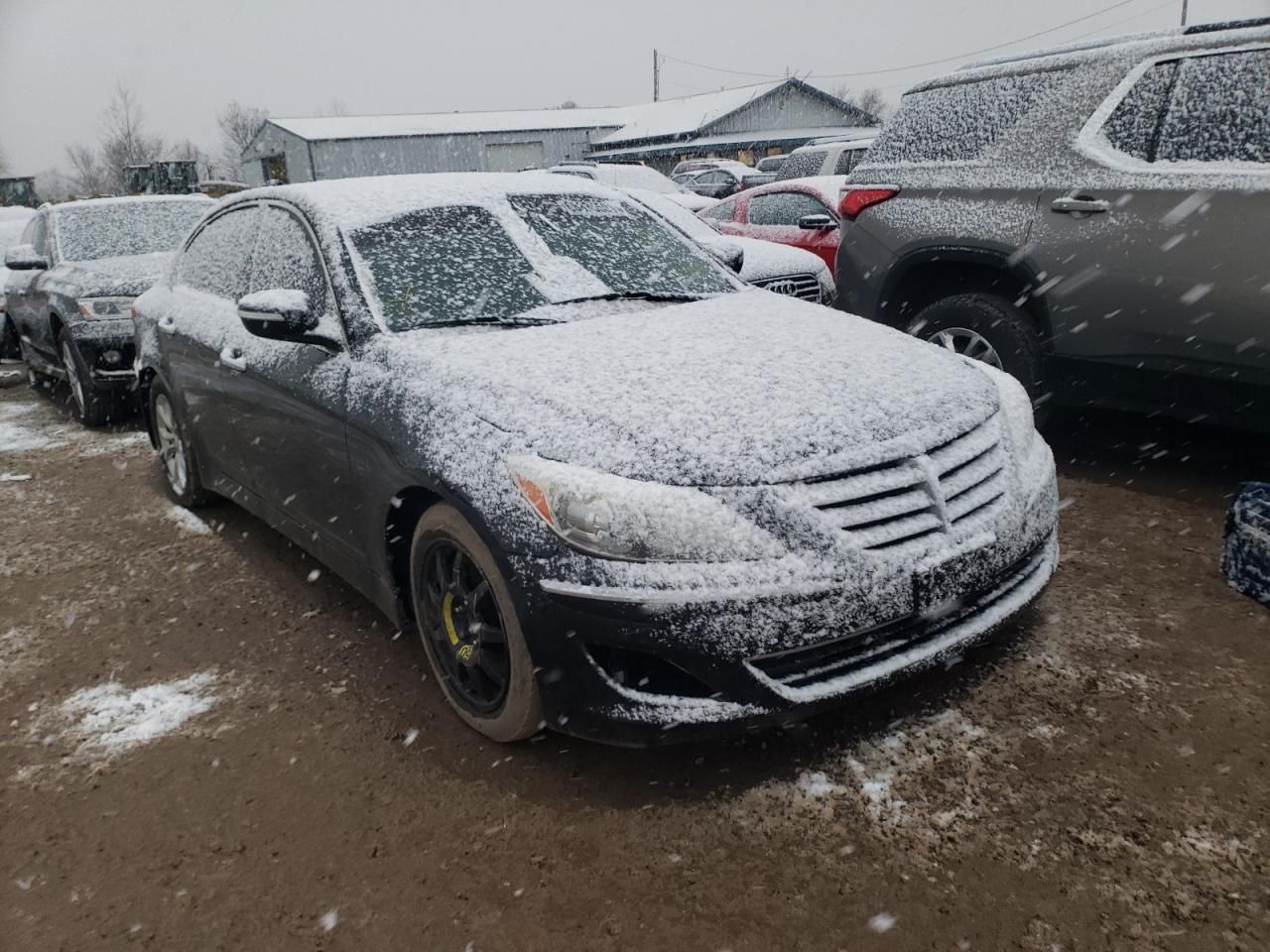 Read More
Rules For Importing Cars to Saudi Arabia 10/09/2015 What is Salvage title?