The increased demand for used cars has not been easy on new cars dealers. In fact, the slow demand for new cars has led car manufacturers and dealers to offer great deals such as lower down payments and discounts. Unfortunately, the offers did not deter or lure people from buying used cars instead new ones. The Outcomes of Increased Car Sales

For the past seven years, the sales of new cars have been at an all-time high. However, sales dipped in 2018. This has been of great concern to auto manufacturers who do not want to keep losing clients to the used car market. Some of the measures taken by the companies to keep more people from buying used cars include low monthly payments, long-term loan repayments, and the introduction of 0% interest rates.

Despite the fall in sales, the auto companies have had to go slow on the incentives offered to attract new car buyers. This is because of the rise in interest rates. For example, five years ago, a monthly repayment was $463 on average. In 2017, the rates rose to $507 monthly, and this year the monthly rates rose to $536. Buyers of new cars found it easier to manage the repayments a few years ago, especially when the offer was accompanied by a 0% interest for 2 months. Today, one needs to consider many variables before opting for a new car. The financial demands have led many to shy away from the new cars and instead opt for used cars.

Car dealers have now opted to market used cars to make up for the loss in the sales of new cars. They have had to include the sale of used cars in their portfolio to stay afloat.

Some brands and models of cars proved to be more popular than others in 2018. Several factors influenced the decision by consumers to purchase these cars. The Mercedes-Benz User Experience (MBUX) is one of the striking features of the more recent models of the Mercedes-Benz A-Class. This artificial intelligence with the option of a natural voice certainly makes the drive less lonely for drivers. The A-class is a compact car with a spacious interior. It has features that were before reserved only for luxury SUVs. This must have played a critical role in the decision made by the buyers of the used Mercedes-Benz A-Class diesel in 2018. Other features in this car include Active Brake Assist, 7-speed automatic transmission and smartphone integration. The A180d has a 1.5 liter engine and cranks 114bhp. The BMW 1 Series  has been on the market for over a decade and has seen various changes over the years. This car features among the most sold used cars in 2018 because of the options available to buyers. The diesel engine options available are 118d, 120d, and 125d. They all have a 4-cylinder engine with outputs of between 148bhp and 221bhp. The fuel efficiency of these engines vary, with the 116d being the cheapest to run with an average mpg of 83.1. Although the Mini has seen many changes over the years, some things remain the same. The Mini Hatch still retains its agility when turning corners. It also keeps its appeal, only now it is more modern. This could have been the reason why it was in the list of the most sought after used cars in 2018. It has a combined mpg of 52. Buyers have a choice between the 3-door and 5-door hatchback.

The current BMW 5 Series is the 6th generation of the series. The 7th generation will be unveiled in 2019. This series undergoes changes every 5 years. The BMW 5 Series diesel comes in two engine sizes, 1995cc and 2993cc. It cranks a maximum output of 265hp. This sedan has a sleek body that is synonymous with BMW. It is a powerful car that drew many people in 2018. Its mpg is estimated to be 26 city and 36 highway. Buyers of the BMW 3 Series diesel have a choice between the sedan and wagon. Some of the features include an 8-speed automatic transmission, combined mpg of 34, and all-wheel drive. It has a 2.0 liter engine that cranks out 180hp. When well maintained, the used BMW 3 Series  does not lose its distinct appearance. The Mercedes-Benz C-Class diesel  is a 4-door sedan that seats 5. It has a 1950cc engine with a 194hp. It is estimated to cover a distance of 12.06km/liter. Some of the safety and assist features in this car include hill assist, airbags, electronic-brake force, and anti-locking brake system. This car features in the top 20 most sold used cars in 2018 because the most significant depreciation is covered by the first owner, making it more affordable when sold used. The Ford Focus diesel comes with a 4-cylinder engine with the option of 1.5 liters and 2.0 liters. When it comes to fuel economy, the 1.5 liter diesel engine is superb, with a combined 83.1mpg. It comes with either a 6-speed or 8-speed manual transmission. This car appealed to many buyers of used cars because of the availability of various trims, some cheaper than others. The newer models come with Android Auto  and Apple CarPlay. The fuel economy of the Volkswagen Golf diesel is one of its most attractive features. It is estimated to have an mpg of 36 city and 42 highway. The 2015 model received great ratings for its fuel economy. Other features include 6-speed manual transmission. It also has an impressive power output of 150hp. This was one of the most popular diesel used cars of 2018.

The Vauxhall Corsa Petrol is not only stylish, but it is also practical. This has been a top selling super mini in over a decade and it looks like its popularity is not waning.  The popular 1.3-liter diesel engine has automated manual gears. For a car this size, the boot is spacious enough to carry a number of items comfortably. The newer models have various safety features. It earned 4-stars after the crash tests by Euro NCAP. The Ford Focus Petrol was one of the most popular used cars of 2018. The first generation of this car was unveiled in 2000. The fourth generation will debut in 2019. Like most cars, new features are introduced every five years. A well maintained used Ford Focus has excellent handling. It is a smooth drive that is quite deceptive for a car its size. The curves a precise, giving this car an attractive body. The boot also has plenty of room to fit in a few items comfortably. The 2013 model earned 5-stars from NCAP.

The Nissan Juke Petrol is loved for its unique style. It is fairly priced when new, and fetches an even better price when bought used. The 2014 model saw significant changes in its appearance and tech. It is a supermini but has great ground clearance that must have appealed to many buyers in 2018. The used Nissan Juke also comes in various trims that suit people with diverse budgets. The fuel efficiency of this car is estimated to be a combined 70 mpg. Despite the availability of only one diesel engine size, it still features in the top 20 most bought used cars of 2018. The Toyota Aygo was first unveiled in 2005. In the same, it earned 4-stars for adult and child occupant safety from NCAP. The second generation debuted in 2014. It comes with a 3-door and 5-door hatchback options. It also has two engine options, 1.0 liter and 1.2 liters. This is a handy city car that does not occupy much parking space and has excellent fuel economy. This may have in part been responsible for the demand in 2018. Among small hatchbacks, the used Vauxhall Astra was one of the most popular in 2018. This car has retained its hatchback from its first generation. However, several additions, especially technological, have been introduced over the years. Although all the models are front-wheel drive, buyers have the option between the manual and automatic transmission. It also comes with various engine sizes, giving buyers more choice. Depending on the engine size, the power output ranges between 99bhp and 198bhp. The used Ford Fiesta petrol is one of the cars that was popular in 2018. It has a 3-cylinder 1.0 liter engine and cranks out 138 hp. This is quite powerful for a car this size. This could be one of the reasons why it features in the list of popular cars. Other features include 6-speed manual, combined mpg of 54.3, and front wheel drive. A used Ford Fiesta in great condition should take less than 10 seconds to accelerate between 0-62 mph. The used Nissan Qashqai diesel is one of the most popular crossover SUVs. Its first production was in 2006. The second generation was unveiled in 2013. The diesel engine comes in two sizes, 1.5 liters and 1.6 liters, with a horsepower of 108 and 129 respectively. It also comes with a 5-speed and 6-speed manual transmission, and a 6-speed automatic transmission. This is a great family car that has excellent fuel efficiency. This could have influenced the decision by many buyers of used cars to consider it a priority when selecting a used car to buy.

The Volkswagen Polo has a 3-cylinder 1.0-liter petrol engine. It has a power output of 75 hp. For city driving, this is a handy car that has excellent fuel consumption. For someone not interested in power, but comfort and convenience, this car is a great choice. It has a simple yet acceptable design that many find attractive, especially first time car buyers. As a popular city car, the used Volkswagen Polo Petrol made it to the list of the top 20 popular used cars in 2018 because it is a convenient, readily available, and cheap to maintain car. The Fiat 500 has seen many changes over the years. The new models have taken a more modern look that has appealed to many people. It has stylish curves that are quite stunning and unique.  The Fiat 500 has a 1.4-liter turbo engine that cranks out 135 hp. Other additional features include the 5 inch touch screen, hands-free calling, and Bluetooth. It is affordable when bought new, meaning it is much cheaper when bought used.

The used Volkswagen Golf has a fuel economy of 25 city and 34 highway. It comes with a 5-speed manual transmission. The newer models have seen changes in the technology used which have resulted in improved fuel efficiency, power and high torque. This is a great car for people who cover a lot of mileage and wish to keep the fuel consumption down. This car also comes in various trims which has increased the options available for buyers. The desirability of the Vauxhall Insignia diesel must have influenced the decision by many to buy this car in 2018. This car is quite versatile as it comes as a hatchback, sedan and estate. It is a spacious car that is fuel efficient, with a combined mpg of 39.8. The 1.6-liter diesel engine cranks a maximum horsepower of 134, while the 2.0-liter has a 168bhp. The twin-turbo 2.0-liter has a power output of 207bhp. It takes 8.4 seconds to accelerate from 0-60mph.

The popular 20 used cars in 2018 have several things in common. However, what stands out is most buyers considered fuel efficiency when buying these cars. The style and design of the cars may also have been a consideration. The buyers were concerned about the functionality and style of the cars. 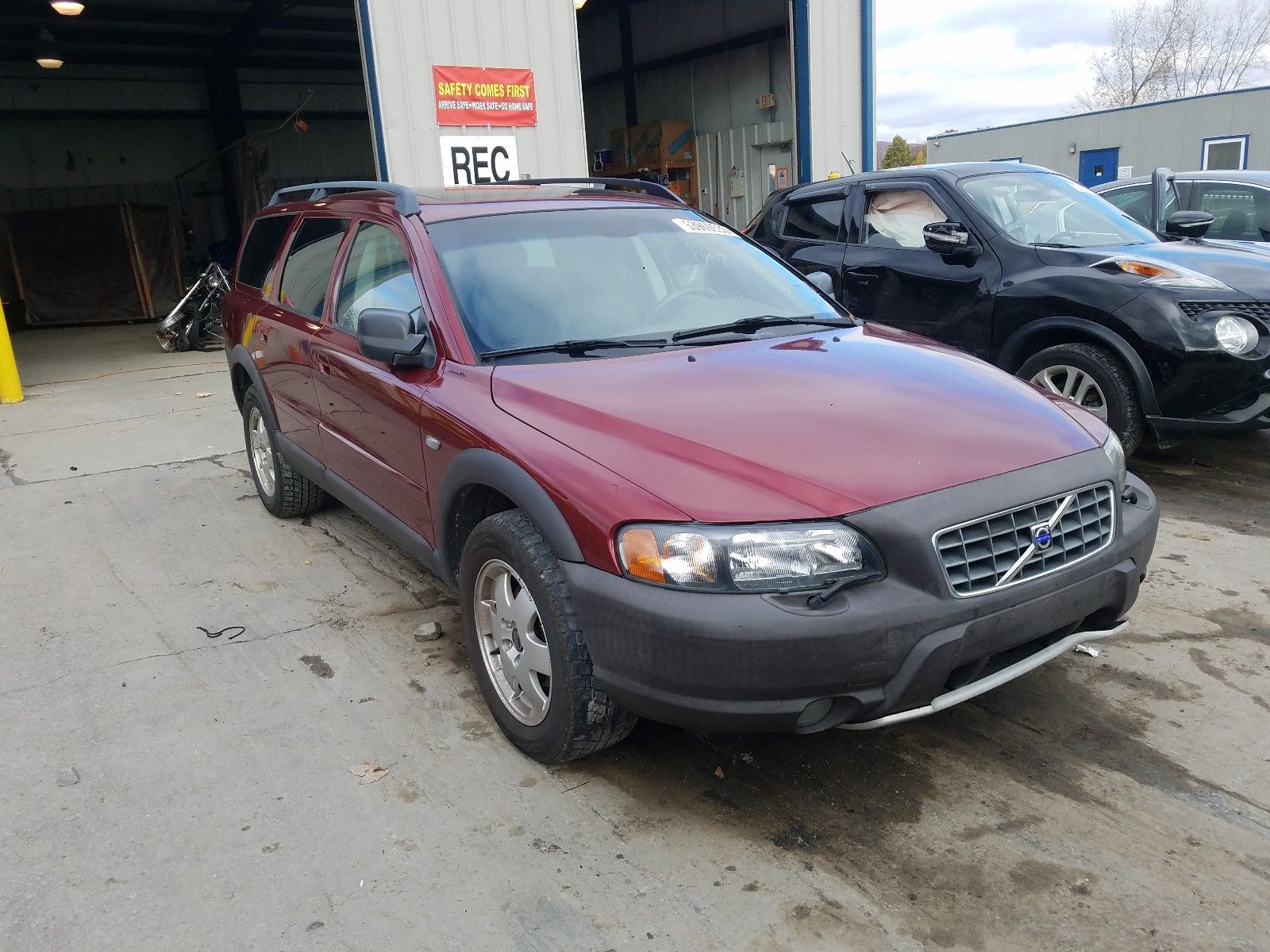