What Does Salvage Car Mean and What is a Salvage Title Meaning?

Before talking about what does salvage car mean, let’s look what does salvage title meaning. A car title is a legal document issued by the Department of Motor Vehicles (DMV) that defines ownership of a vehicle. When the owner has borrowed money to pay for the car, the bank or finance company which provided the money holds the title until the money has been paid back, usually through monthly payments. When the financial institution holds the title, it is said to have a lien against it.

Information on a Car Title

A car title displays the name and address of the owner, the date of the original car purchase, and information that pertains to the vehicle. This information may indicate that it is a clean title, reconstructed or rebuilt title, junk, flood damage or hail damage title, or a salvage title. Designations of titles vary from state-to-state as do some of the details.

Explanation of a Clean or Clear Title

A clean or clear car title means that there are no liens and that the vehicle has not been salvaged. Vehicles with this type of title are the ones that you can easily register and insure without any problems. This can be a new or used vehicle but, either way, it ranks as the best type of car title to have.

The Merriam-Webster Dictionary defines “salvage” as “something (such as cargo) that is saved from a wreck, fire, etc.” among others. Although this definition could be applied to a vehicle that has been salvaged, the true meaning of a salvage title encompasses much more.

The California Department of Motor Vehicles (DMV) describes a salvage vehicle as being one “that has been wrecked, destroyed, or damaged to the extent that either the owner or insurance company believes it is not economical to repair.”

Salvage vehicles are increasing in number in the United States and they are often purchased from other countries where there are no concerns over the type of title a vehicle has. Many of these vehicles are damaged to the degree that they have been totaled by the insurance company (insurer). When a vehicle is totaled, it means that it would take more money to repair it than its original worth.

The damage to a salvaged vehicle may occur from an accident, flooding, fire, vandalism, or other conditions either manmade or by nature. In the United States, it is very difficult to get full-coverage insurance on a vehicle that once had salvage title. Still, some people enjoy purchasing them and making the needed repairs even if they are only able to get liability insurance coverage.

Once a salvage car has been purchased and repaired, the owner can apply for a new title. Since the salvage title is issued through the DMV, the history of damage is always a part of the vehicle’s record. If a new title is obtained, it will be a “rebuilt” or “reconstructed” title. You should consider this before buying such car.

The vehicle will also need to be inspected to ensure all of the repairs have been made. The salvage title may carry an indication of the type of damage the vehicle incurred so that the buyer knows what the extent of the damage and the types of repairs needed.

Once a salvage vehicle has been repaired and the owner has obtained a rebuilt or reconstructed title, it can be driven or placed back into the market. However, the designation of being a salvage vehicle will always have a negative impact on the vehicle and there will be limitations on what the owner can do with it.

Although many people think a salvage title is too much of a hassle to make it worthwhile to buy, others find the exceptionally low price tags too tempting to pass up. This is especially true for car buyers overseas who buy salvage vehicles from online auctions before having them exported to their country. For them, the limitations and expense of repairs is not the same problem that it is for American drivers. This makes paying the low price for a salvage vehicle in the U.S. a big advantage.

The Distinction between a Salvage Title and a Nonrepairable Vehicle

A salvage title is given to vehicles that can be repaired but which would cost too much to make fixing them practical.

A nonrepairable vehicle is given a certificate that means it is damaged beyond the ability to be repaired. This designation is given to vehicles that have been completely stripped as the result of theft, completely burned with no parts left that are usable or which can be repaired, or when the owner has declared the vehicle to be used as a source of parts or scrap. A vehicle that has been certified as nonrepairable can never be given another vehicle title.

Salvage vehicles are often sold at auction by insurance companies that have paid the owner compensation for their totaled vehicle. Once the owner is paid, the insurance company takes possession of the car and reports it as having been salvaged to the DMV. They are then able to put the vehicle for sale at an auction where people from any place in the world can see it and buy it.

Reasons It Is Difficult to Insure a Salvage Vehicle

People mistakenly think that getting insurance for a salvage vehicle is difficult because they are not safe to drive. If the owner has gotten the needed repairs, had the vehicle inspected, and received a rebuilt title, the vehicle may be as good as new. 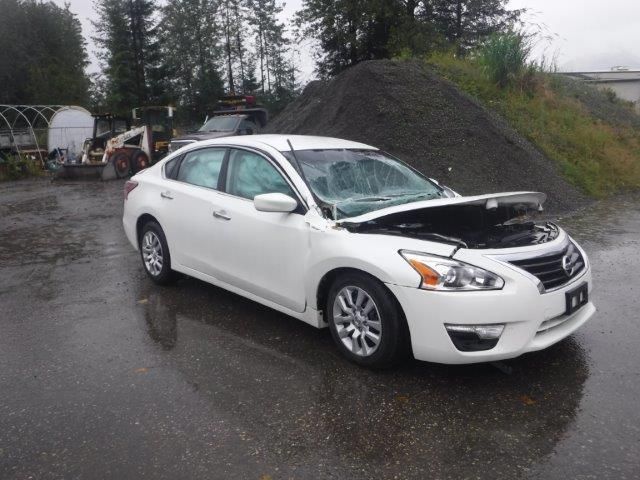 Read More
Can I Get Insurance for a Salvage Title Car and What Does Salvage Mean in Louisiana State Auctions? 10/16/2015 What is Salvage title?